The CW has released an extended trailer for the upcoming midseason premiere of The Flash season 3.

“Barry is tormented by his vision of the future where Iris is murdered by Savitar. When a criminal named Plunder (guest star Stephen Huszar) shows up in Central City, Barry recalls the villain’s presence in his vision of the future and fears that if he catches Plunder, it will cement Iris’ fate. Confused about Barry’s hesitation to stop Plunder, Wally decides to step in as Kid Flash. Caitlin offers Julian a job.”

The Flash  is set to premiere on the 24th January. 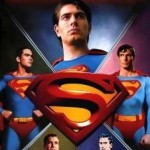